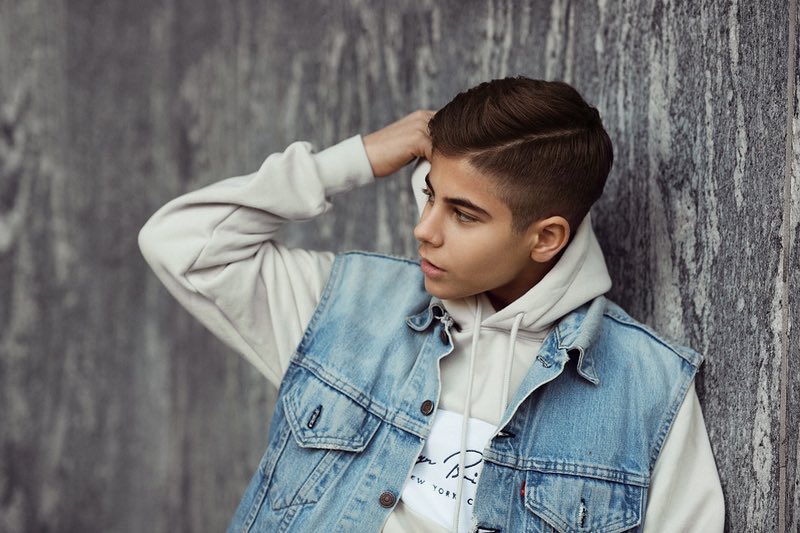 Bishara is a 16-year-old singer based in Linköping, Sweden. Not too long ago, he released a music video for his “Love Don’t Let Me Down” single.

“Never wanted to be friends. Never thought it could be more than stories when I saw it made no sense. Better safe than sorry. Didn’t want to play pretend. I stayed back hoping you’d ignore me. Now, I’m off the deep end. Oh, Lord have mercy.” – lyrics

‘Love Don’t Let Me Down’ tells an interesting tale of a young guy who is fearful of giving his heart to someone who he desires to be with.

Apparently, he’s seen a million hearts break before, so he doesn’t want that to happen to him. Later, he admits that he is ready for love if what he feels is considered real love.

Check out Bishara’s music video for his “Love Don’t Let Me Down (Remix)” single.

Not too long ago, Bishara competed in the Swedish Melodifestivalen with his second single, entitled, “On My Own”.

His performance in the TV Show was the first time he ever stood on a stage. In the end, he received an honorable second place in the competition.

Shortly afterward, the song went straight to #2 on the Swedish Spotify Top 50. Also, it was added on Sweden’s biggest radio channels and has today reached gold status.

Bishara’s latest performance was with Benjamin Ingrosso at Gröna Lund where they performed ‘On My Own’ in front of a crowd of 11,000 people.

We recommend adding his “Love Don’t Let Me Down” single to your personal playlist. Also, let us know how you feel about it in the comment section below.