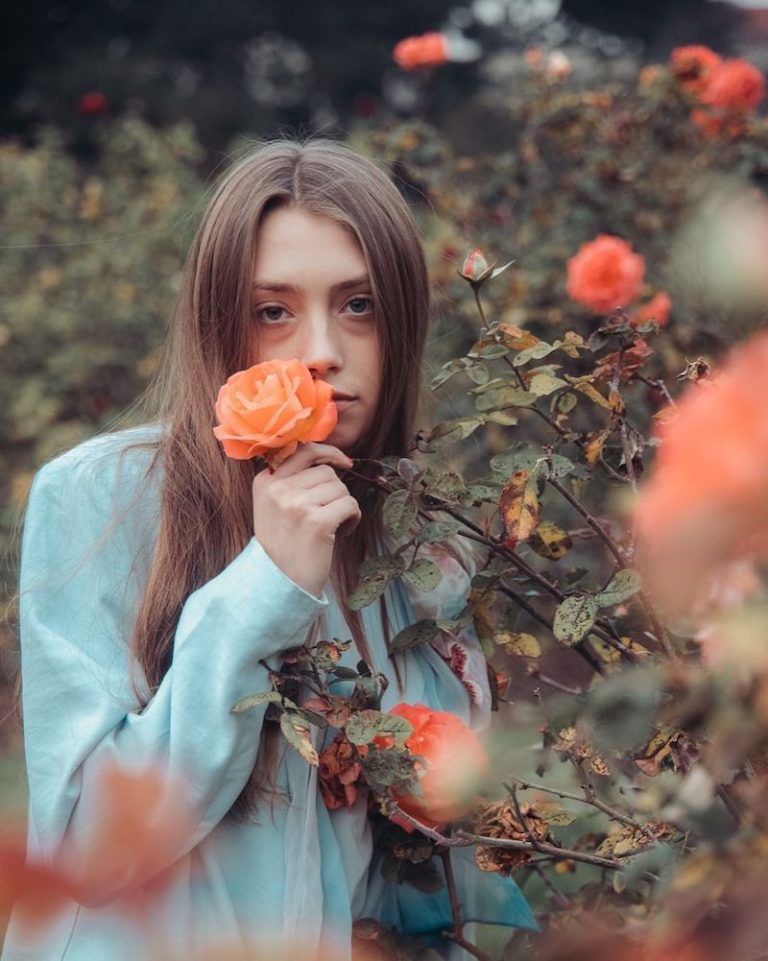 Photo by Will Raver

Baker Grace is a rising singer-songwriter from Weehawken, New Jersey. Not too long ago, she released an enchanting music video for her “Lullaby” single, set to be the leading hit on the original soundtrack of the new movie, Last Survivors. With a cast of stars including Alicia Silverstone, Drew Van Acker, and Stephen Moyer, Baker Grace has made it big time.

Throughout the song, Baker Grace sings about the pain of being lied to while knowing there is trouble brewing. She exemplifies persistence and not letting the obstacles that cross your path knock you down to the point of no recovery. Also, she touches on her ways of coping with the fact that no matter what, these battles must be fought and overcome. The extent to which Baker expresses these emotions through “Lullaby” makes it plain to see that her experiences over the past two years have had a silver lining.

One thing is certain: Baker Grace always has a captivating screen presence that keeps audiences hanging onto every lyric. She begins the video by putting a cassette into a tape player on a table with a collection of photos. She gazes outside her rainy window for much of the first half of the song, but the photos must have something to do with the glimpse of a missing-person poster seen in the mix as well.

“I know you lalalalalie just to save me from the devils we are not even facing.” 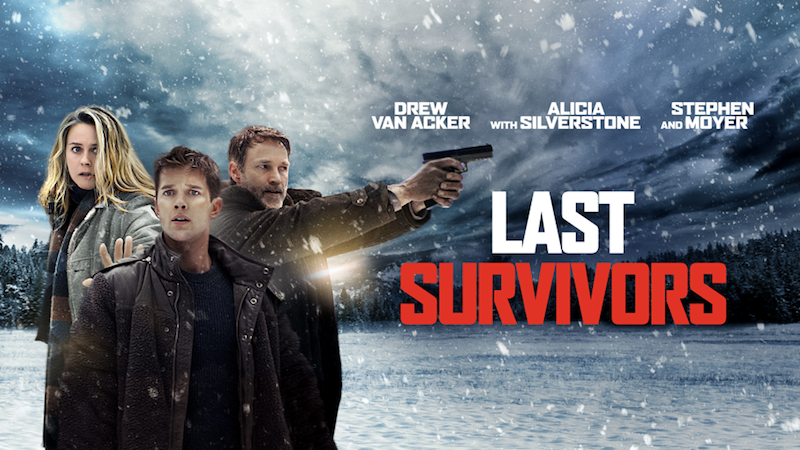 “A father raises his son in the wilderness in a post-apocalyptic world. After going out to get medicine for his father, the son defies his father, and begins a relationship with a mysterious woman.” — the storyline

There are obvious nods and connections to the Last Survivors film. From the landscape in her eyeshot to the message about “outside medicine” written in the book pages. Baker Grace immerses herself in this sci-fi dystopia, blindfolding herself in front of an old television set. When she uncovers her eyes, she finds herself in the footage from the screen. Viewers can see her in this location on the same television set she was seated by before.

Those who really want to see this plotline go full circle should see Last Survivors. The music video and the film go together hand-in-hand. Also, the storytelling throughout the video is like visual poetry. It’s bound to have fans and followers replaying the video over-and-over-again to process every piece of it.

“I tell myself a story of forever when I feel out of control. Light myself a candle on the nights I can no longer bear the cold.” 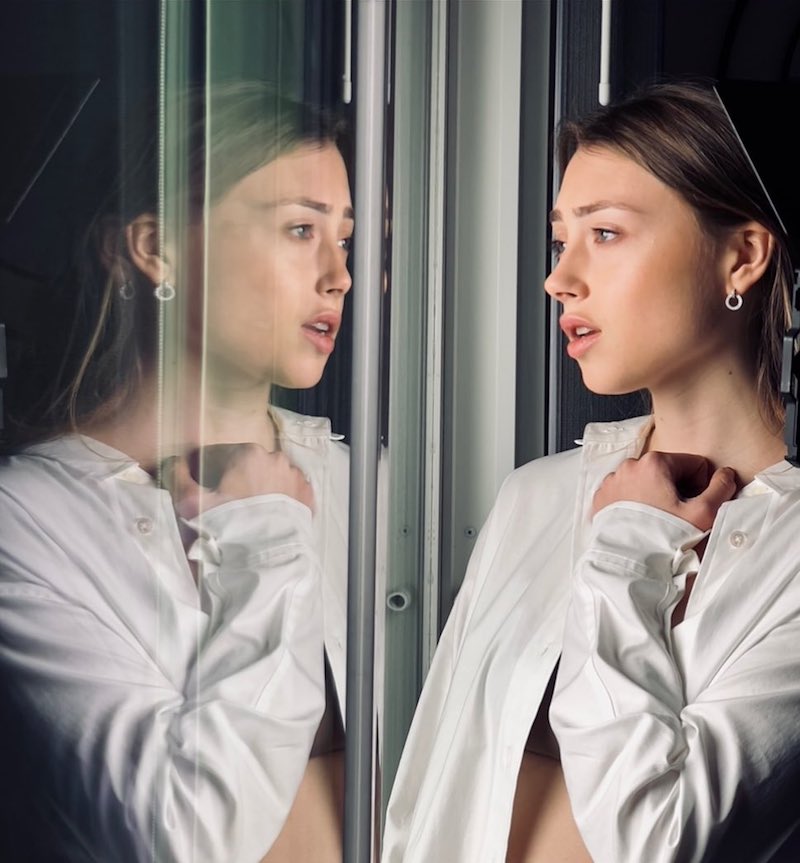 Without a doubt, Baker Grace was born gifted and destined for success as a natural performer and outstanding creative artist in the pop and alternative world. Formerly known as Bitter’s Kiss, she instantly grabbed the media’s attention and assembled what has been an ever-expanding audience base with her 2015 debut EP. Fast forward to today, Grace has continued to make waves by maintaining her flourishing reputation. Also, she has made enormous strides in advancing her career. 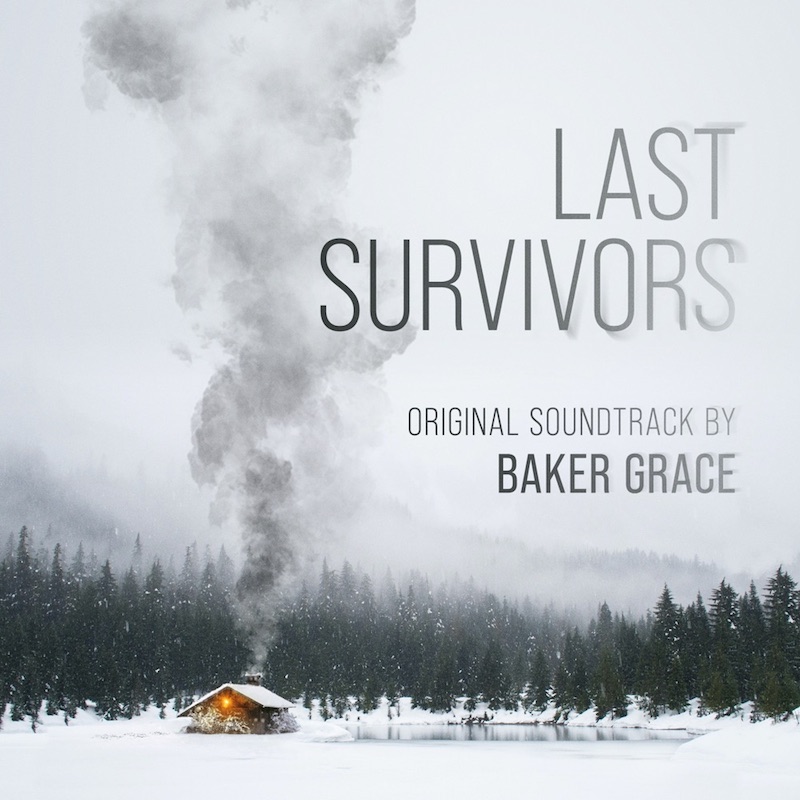 ‘Lullaby’ contains a peaceful mood, soft vocals, and candid, meaningful lyrics. The calm, soothing tune possesses dynamic piano, comforting guitar, chime accents, bass, and synthesizer-laden instrumentation flavored with a warm indie-pop vibration. Furthermore, “Lullaby” serves as a tasty appetizer to what listeners can expect to hear from Baker Grace in the near future as she continues to release new music.

We recommend adding Baker Grace’s “Lullaby” single to your favorite indie-pop playlist. Also, let us know how you feel about it in the comment section below. Mel Blanc’s famous catchphrase, “That’s All Folks!” Thanks for reading another great article on Bong Mines Entertainment – the hot spot for new music. Furthermore, always remember that (P) Positive, (E) Energy, (A) Always, (C) Creates, (E) Elevation (P.E.A.C.E).