Amelia Wray is a singer-songwriter and acclaimed actress from the Disney series, Sydney to the Max. Not too long ago, she released a heartbreaking pop single, entitled, “Disappear.” The song was co-written by Michael Orland (American Idol) and Bill Grainer (Jennifer Hudson), and produced by Miklos Malek (Jennifer Lopez), Anastacia).

‘Disappear’ is about being more than friends but less than lovers with someone for over a year, and suddenly one day everything changes. It leaves you feeling lost and confused when they act like nothing ever happened between the two of you. So, I wanted to write a song that everybody could relate to when they’re pretending or acting like you just disappeared into thin air, which doesn’t seem fair because you’re not able to do that yet. You can’t let go so easily.” – Amelia Wray explained

‘Disappear’ contains ear-pleasing vocals and a relatable storyline that will resonate therapeutically well with anyone who is experiencing heartbreak. The emotional single contains thudding drums and piano-laden instrumentation flavored with contemporary and electro-pop elements. Furthermore, “Disappear” serves as a tasty appetizer to what listeners can expect to hear on Amelia Wray’s upcoming, yet untitled, EP.

Amelia Wray fell in love with performing at the early age of six. As an actor, she is best known for her role as Sophia on the Disney series, SYDNEY TO THE MAX, currently airing on The Disney Channel. Also, Amelia is one of the leads in the upcoming movie, ENTANGLEMENT, a unique collection of short films scheduled to be released late in 2022. Furthermore, Amelia has just been nominated by the New York Independent Cinema Awards as Best Youth Actress 2022. Now, she is ready to take an exciting step into the world of music. Her goal is to experiment musically and lyrically with the hope of connecting with a broader audience. 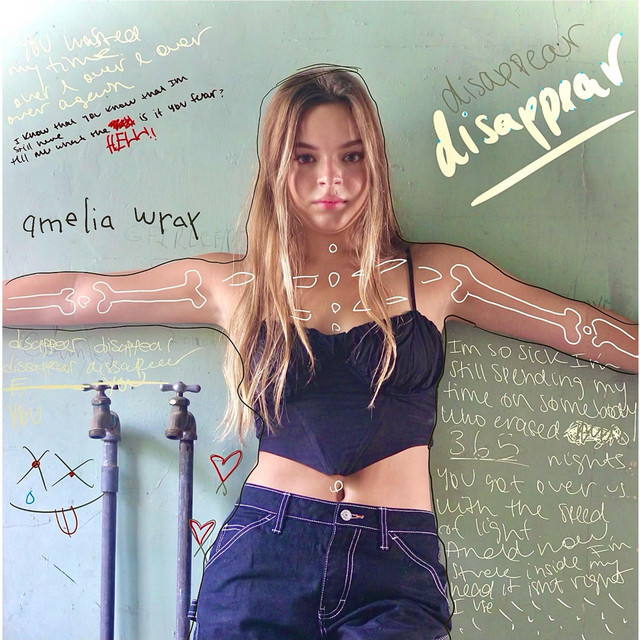 We recommend adding Amelia Wray’s “Disappear” single to your favorite electro-pop playlist. Also, let us know how you feel in the comment section below. Mel Blanc’s famous catchphrase, That’s All Folks! Thanks for reading another great article on Bong Mines Entertainment – the hot spot for new music. Always remember that (P) Positive, (E) Energy, (A) Always, (C) Creates, (E) Elevation (P.E.A.C.E). Contact us on social media via Twitter, YouTube, Instagram, or Facebook, and let us know what’s going on. Disclaimer: This post contains affiliate links. If you make a purchase after clicking a link, we’ll collect a share of sales or other compensation.