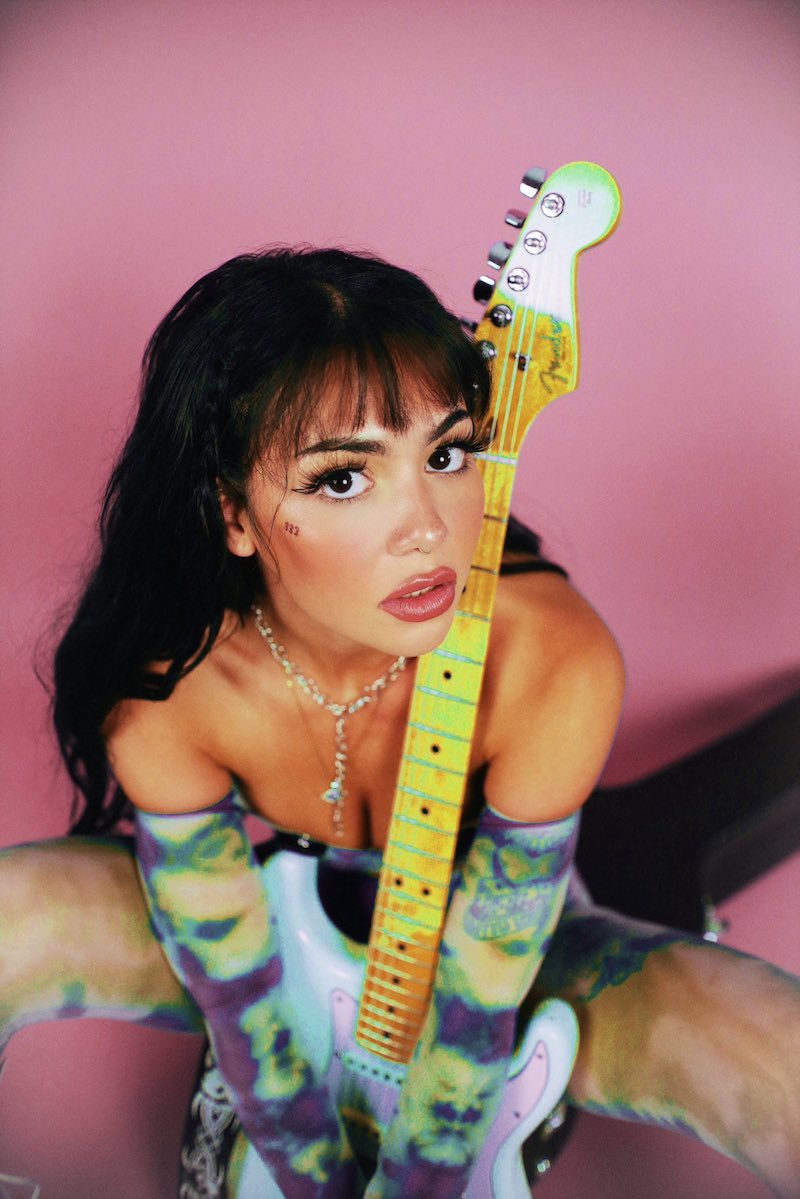 Almondmilkhunni unveils an attractive audiovisual for her “Mean To Me” single

Almondmilkhunni (born Brandy Schwechler)  is a singer-songwriter from Philadelphia, Pennsylvania. Not too long ago, she released an attractive audiovisual for her “Mean To Me” single, produced by Fullhaus.

Almondmilkhunni – “Mean To You” single

“In the midnight hour, when you’re calling on me and I’m not around. Sweet turned sour, I give a little and then I turn you down. I’m no angel, I’m not innocent, but you’ll be faithful. And I could be sweet but you like when I’m mean to you.” – lyrics

‘Mean To Me’ tells an intriguing tale about a young woman who shares a challenging relationship with her significant other. Apparently, she likes to play love games with her companion. However, this emotionally overmatched individual doesn’t mind rolling the dice for a chance to be a desirable object in her world. Later, she reveals that she has this person in their feelings whenever she doesn’t write back.

‘Mean To You’ offers a modest, emotional side of Almondmilkhunni. The mesmerizing tune contains a relationship-based narrative, alluring vocals, and harmonious melodies. Also, the song possesses moody instrumentation flavored with a warm contemporary R&B aroma. Furthermore, “Mean To You” serves as a wonderful presentation of what listeners can expect to hear on Almondmilkhunni’s upcoming EP, entitled, “Enjoy The Ride.”

“I can be sweet but you like when I’m mean to you.”

Though she’s only been releasing music for a year, Almondmilkhunni is already serving up some of the game’s silkiest ‘00s R&B, neatly wrapped in sleek modern production. Her previous single, “damnboy,” was a critically adored look at her experience as a bisexual woman, and presented lyrics about the men she’s dated while the visual featured a woman in the love interest role. Also, another 2020 highlight includes “Bandana,” which cleverly samples Usher’s “U Remind Me.”

To say Almondmilkhunni has somehow done it all already might be an understatement. The singer’s rapid-fire rise to the top is noteworthy. She went from growing up in a church to putting herself through college by dancing/stripping. Turning heads with her bitingly funny viral social posts to finally doing what she was always meant to do: flexing her true power as a pop-R&B disruptor.

“Mean To You” single

Emerging in 2019, Almondmilkhunni’s first two singles (“Grapefruit” [feat. Evander Griiim] & “Henni Heartbreak”) racked up over two million streams. Ultimately, that success got her signed to Electric Feel Records. Since then, she has accumulated over three million streams online via Spotify and has quickly become an undeniable force. The must-hear singer is rounding the corner on her most powerful and compelling year yet.

‘Mean To You’ follows hot on the heels of her summer drop, “damnboy.” The dreamy wish-fulfillment of a song begs for an equal partner and not a savior. In total, Almondmilkhunni’s 2020 releases perfectly represent her years of hustle and hard work. The blood, sweat, and tears that she put into working in pursuit of making a successful, independent life for herself.

We recommend adding Almondmilkhunni’s “Mean To Me” cover to your favorite playlist. Also, let us know how you feel in the comment section below. Peace.