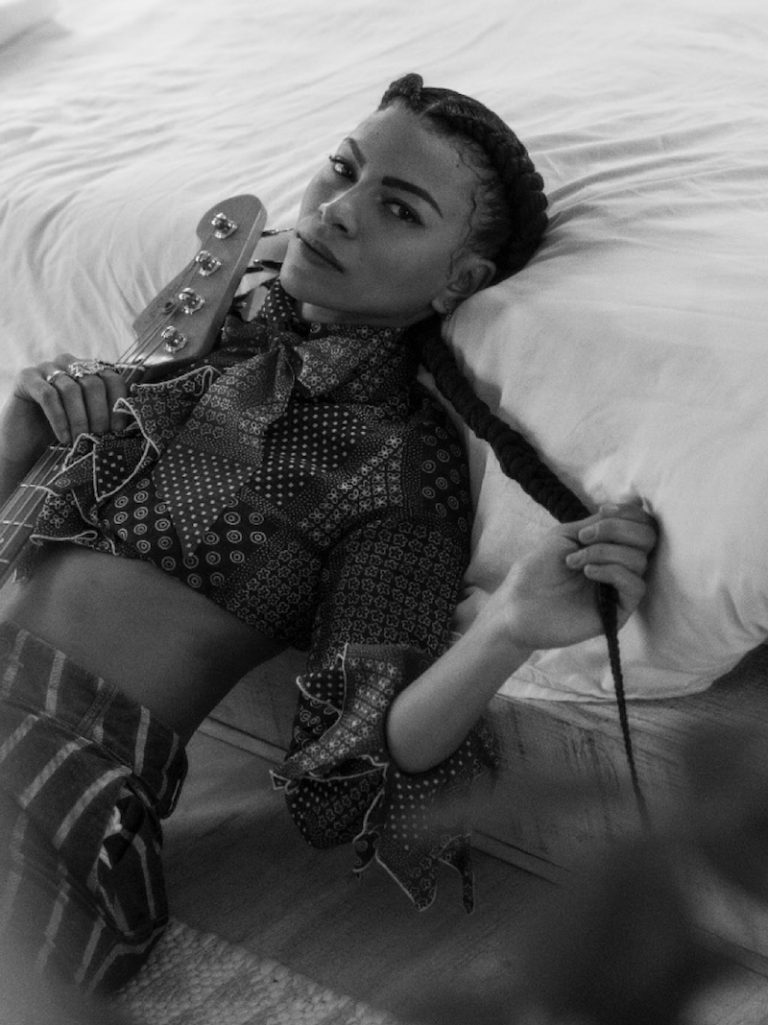 Adeline (pronounced ad-uh-leen) is a French-Caribbean singer-songwriter, bassist, and producer based in NYC. Not too long ago, she released a steamy nu-disco R&B tune, entitled, “Mystic Lover.”

“Imagine If Chaka Khan was on a date with Daryl Hall, and George Clinton was their cab driver who they smoked a joint with on their way to a session with Roy Ayers.” – Adeline’s guitarist, Jaleel Bunton (who collaborated on the track) explained

‘Mystic Lover’ tells a sensual tale about a woman who is head-over-heels in love with her significant other. Apparently, she can’t get enough of her companion, who she credits for turning her into a freak. Later, she looks forward to them spending the entire night together under the covers.

“‘Mystic Lover’ is about the raw infectious love that brings out the animal side of you. The music is inspired by early ‘70s funk, but it’s a trip in the past taken on a futuristic neon-lit flying bus. In a way, the track symbolizes the Nightshade sound. It embodies a lot of our inspirations and intentions. This is also to me the track that represents both my bass and vocal signatures. It’s a late-night sexy jam that makes your head bounce and makes you wonder if you’re high.” – Adeline explained

Not too long ago, Adeline left her post as the lead singer of the nu-disco outfit, Escort. Since then, she has proven herself to be one of the hardest working women in music. Recently, she announced the formation of Nightshade, her new production outfit with partner, Morgan Wiley (Midnight Magic, Jessica 6). In September, they co-wrote and produced their first hit single for Atlantic Records artist, Kamauu. The sun-drenched summer jam, “Mango,” also features a guest appearance by Adeline singing duet and playing bass.

Adeline has toured globally, sharing the stage with Anderson .Paak, Lee Fields, Chromeo, Big Freedia, and Natalie Prass. Also, she has made appearances at Afropunk, Funk on the Rocks (Red Rocks), and Winter Jazz Fest. When she’s not making and touring her own music, Adeline plays bass in CeeLo Green’s touring band.

We recommend adding Adeline’s “Mystic Lover” single to your favorite playlist. Also, let us know how you feel in the comment section below. Mel Blanc’s famous catchphrase, “That’s All Folks!” Thanks for reading another great article on Bong Mines Entertainment, and always remember that (P) Positive, (E) Energy, (A) Always, (C) Creates, (E) Elevation (P.E.A.C.E).